Homework: Practice one-handed clipping
Before you attend a class or practice night about leading on bolts, practice one-handed clipping at home, it's trickier than it sounds and you'll need time & repetition to develop the muscle-memory.  First, watch the videos above to see how one-handed clipping is done.   To practice clipping one-handed, you'll need a practice rope (that 10ft Mountaineers practice rope they gave you in Basic works well,) a wire-gate carabiner, and a short loop of webbing.  Hang the webbing from a door handle and clip the carabiner to it so it hangs at the bottom and is flat against the door.  Tie-in to one end of your practice rope as if you were climbing, then practice clipping one-handed.  Practice all four combinations: using your right-hand or left-hand, and with the biner's gate facing right or left.  Keep the carabiner laying flat against the door (real quickdraws hold the carabiner like that better than soft webbing,) and keep Rule #1 in mind: No back-clipping!

The Key Points to Know
Cleaning a Sport Anchor and Rappelling
Even more so than leading on bolts, learning to clean & rappel is best taught in person.  In an attempt to put the steps in writing anyway, here's what I've got:  ​https://www.dropbox.com/s/pfjq42akww5q1hw/11%20Teaching%20Cue%20Sheet%20-%20Clean%20a%20sport%20anchor%20and%20rappel.rtf?dl=0 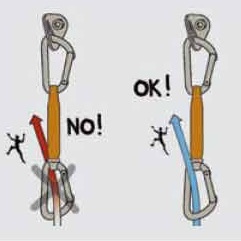 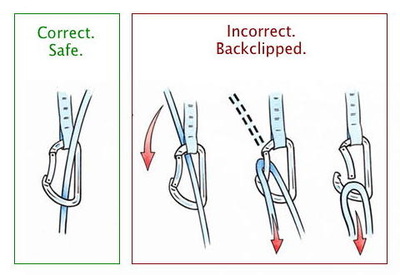 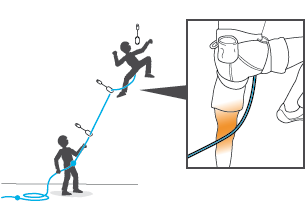 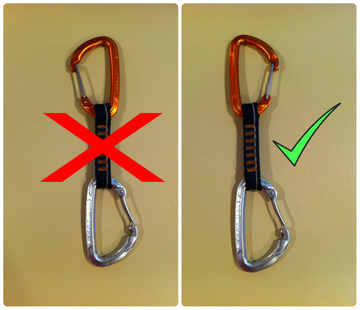 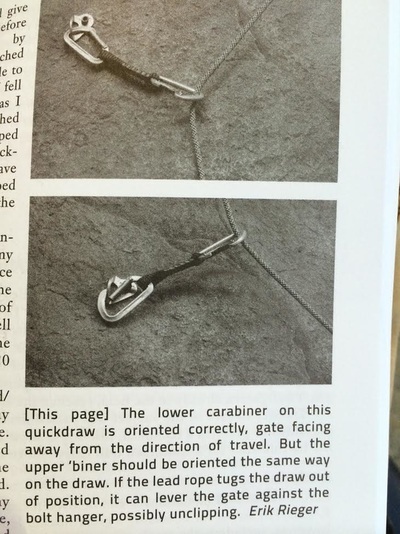 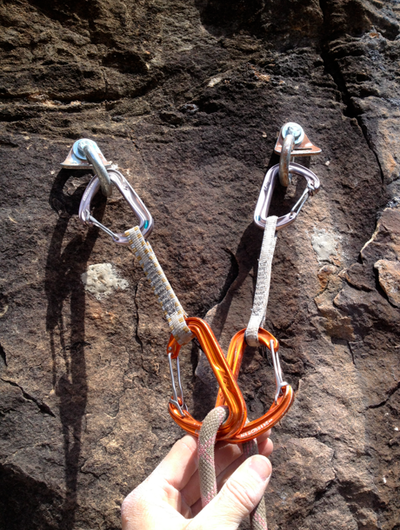 ​Bailing off a Route
(These are advanced tips, don't bother reading this section until after you've been to a few practice nights.  You don't need to know this until the first time that you go lead on bolts without a more experienced climber there to help you.)  Let's say you're outside leading a bolted route, and for whatever reason, you just cannot get up it, the moves are too hard for you, and no one else in your group can finish it either.  If you cannot get to the top to clean and rappel, how do you get all your gear back, or at least lose as little as possible?
Top picture: The route "Ride 'Em Cowboy" at Vantage, 11/28/2014